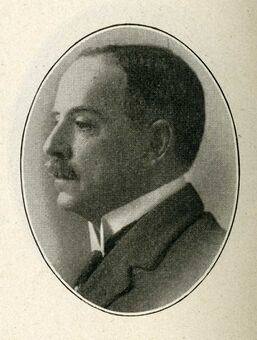 In 1889, W.C. Briggs helped organize the First National Bank of Pipestone. He became cashier in March of 1893 (succeeding his older brother Henry E. Briggs), and then became President in January 1898, serving in that capacity until September 1913. [5] [6]

On Sept 22, 1913, he retired from the First National Bank, and went into the real-estate business. In 1916 he was elected Mayor of Pipestone. Later in 1916, he was elected to represent Pipestone County in the Minnesota State Legislature, and was re-elected in 1918 and 1920. While serving in the legislature, he chaired the Banks & Banking Committee. [1][2][3][5]

In 1922, W.C. and his family moved to St. Paul, MN where he accepted a position with the State Banking Dept. as Receiver for closed banks. He worked there until poor health forced him to retire. [1][2]

During his banking career, W. C. Briggs was involved with the following National Bank: [6][7] 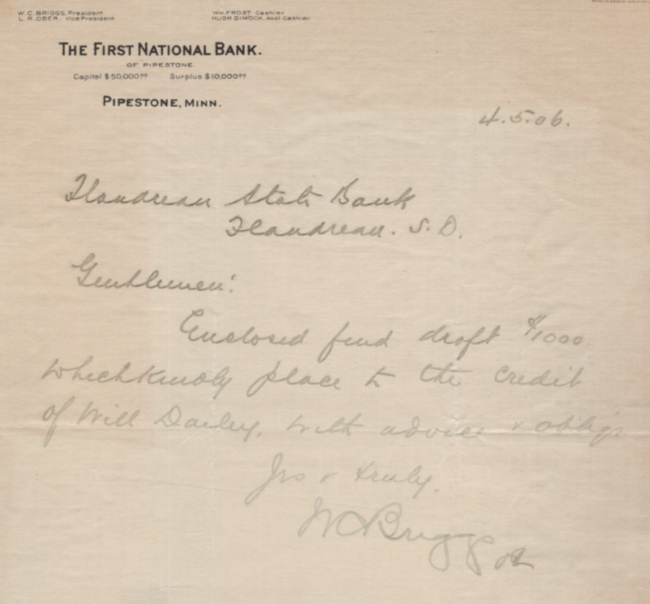 Retrieved from "https://banknotehistory.mywikis.wiki/w/index.php?title=William_Currer_Briggs_(Pipestone,_MN)&oldid=6833"
Categories:
Cookies help us deliver our services. By using our services, you agree to our use of cookies.