Morris Evans was born January 20, 1865 in Williamsburg, IA, the son of Reverend Evan J. and Anne (Davis) Evans. He completed schooling there, and then taught school at nearby Marengo, IA for 2 years. After that he enrolled at the University of Iowa, and graduated with a Law degree in 1893. After graduation, Morris decided to open a law practice in Pipestone, where his brothers Evan and David had already located. He resided there and practiced law continuously from June 1893 until his death in 1942. 1,2

During his nearly 50 years in Pipestone, Morris served in many positions of trust in the community. He was president of the public library board from 1900 to 1912, and it was largely thru his efforts that Carnegie funds were obtained to build the original library building. He served as County Attorney from 1911 to 1914. He was president of the Pipestone County Bar for many years, and was an active member of the District and State Bar Associations. 1,2

During his banking career, Morris Evans was involved with the following bank(s): 6 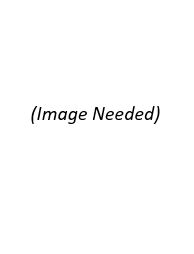 No bank notes are currently known with Morris Evans' signature.

Retrieved from "https://banknotehistory.mywikis.wiki/w/index.php?title=Morris_Evans_(Pipestone,_MN)&oldid=8121"
Categories:
Cookies help us deliver our services. By using our services, you agree to our use of cookies.