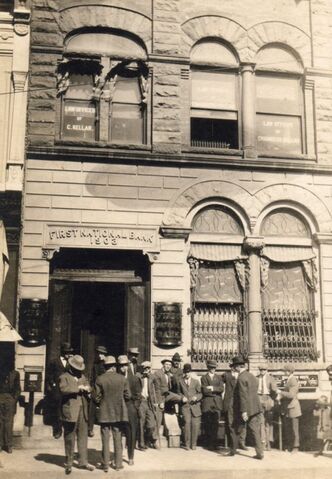 The First National Bank of Lead, SD (1891 - 1936+) was organized on September 9, 1891, and received Charter 4631 on September 17, 1891. The bank was closely associated with the Homestake (Gold) Mining Company, located in, under and around the town of Lead. As a result of Homestake's success, for a period starting in the late 1890s, Lead became the largest city, and First National the largest bank in South Dakota. The bank survived past the end of the National Bank Note era in 1935. 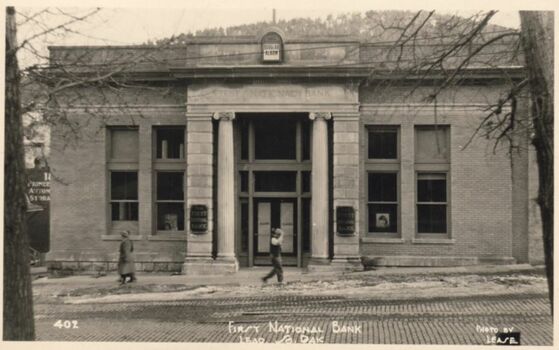 Lead (pronounced LEED) is located in Lawrence County in western South Dakota, near Deadwood in the Black Hills.

Lead was officially founded on July 10, 1876, after the discovery of gold in the area, and was named for the 'leads' or lodes of the deposits of valuable ores. It was founded as a company town by the Homestake Mining Company, which ran the nearby Homestake Mine, the largest, deepest (8,240 feet) and most productive gold mine in the Western Hemisphere before closing in January 2002.

In 1974, most of Lead was added to the National Register of Historic Places under the name of the "Lead Historic District". Over four hundred buildings and 580 acres were included in the historic district, which has boundaries roughly equivalent to the city limits. 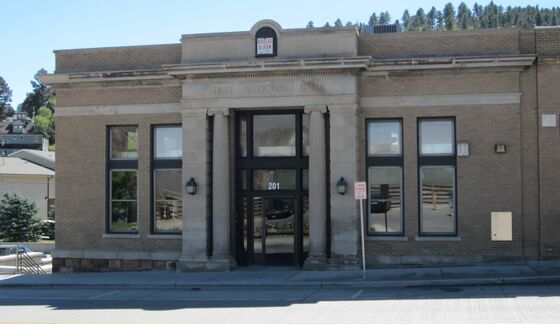 Retrieved from "https://banknotehistory.mywikis.wiki/w/index.php?title=First_National_Bank,_Lead,_SD_(Charter_4631)&oldid=16928"
Categories:
Cookies help us deliver our services. By using our services, you agree to our use of cookies.