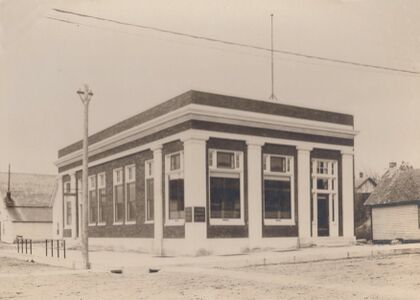 Early photo of the First National Bank building built in 1915 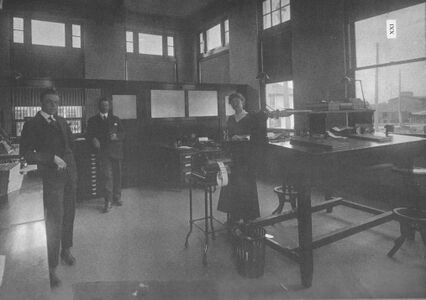 Grantsburg is located in Burnett County in northwestern Wisconsin. The village of Grantsburg was first settled in the early 1850s, and incorporated in 1886. It was named after General Ulysses S. Grant’s victory at Vicksburg.

The town's earliest bank was the First Bank of Grantsburg, a state bank established in 1896.

Retrieved from "https://banknotehistory.mywikis.wiki/w/index.php?title=First_National_Bank,_Grantsburg,_WI_(Charter_8444)&oldid=21375"
Categories:
Cookies help us deliver our services. By using our services, you agree to our use of cookies.